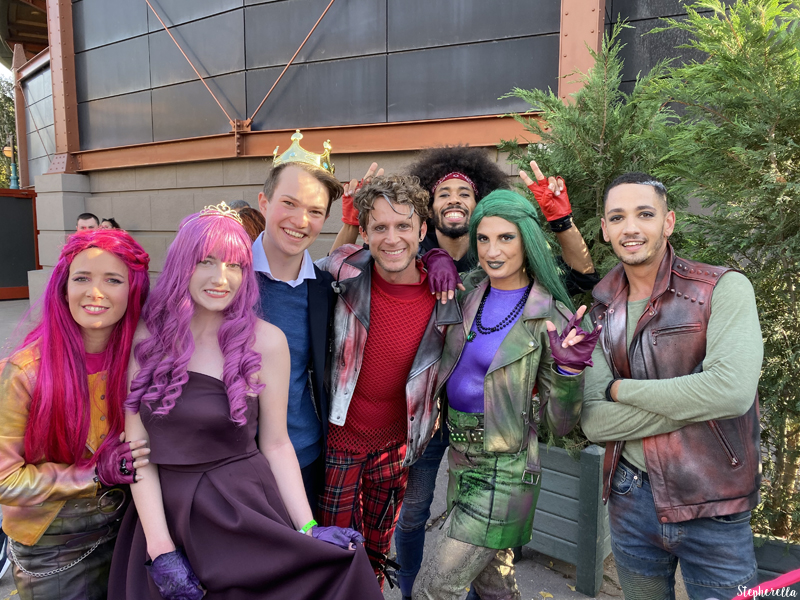 The Descendants is one of the most popular Disney Channel Original Movies to date. With the third and final instalment aired on the Disney Channel recently, it has taken over Disney Parks by storm. Starting with Walt Disney World for the Halloween Parties, Oogie Boogie Bash in DCA and recently added to Disneyland Paris for this week only.

With its popularity, last year there was a sing-along inside the Discoveryland theatre during the Soirée evening itself. This year, however, a temporary stage has been built outside Discoveryland and performed during the day leading up to Halloween. I was at the first performance on the 26th October (and most for that weekend!) and it was so much fun. A lot of people turned up for it too which, proves how popular the franchise is. Featuring songs Rotten to The Core, Ways to Be Wicked, Chillin’ Like a Villain, Good to Be Bad and Set it Off. This show features a wide range of songs from all three movies. The dancers who are the VK’s teach you the exact dance moves from the film itself in different speeds. There were lots of bubble effects including footage from the movie too. They are incredible dancers and you can meet them after! I dressed up as Mal again this year and they loved my costume! I’d like to thank Lucky Dance group and Disneyland Paris making this show happen. I was very excited as it was announced as a last-minute addition to the programme! I really hope it returns as permanent entertainment for next years Halloween Season!