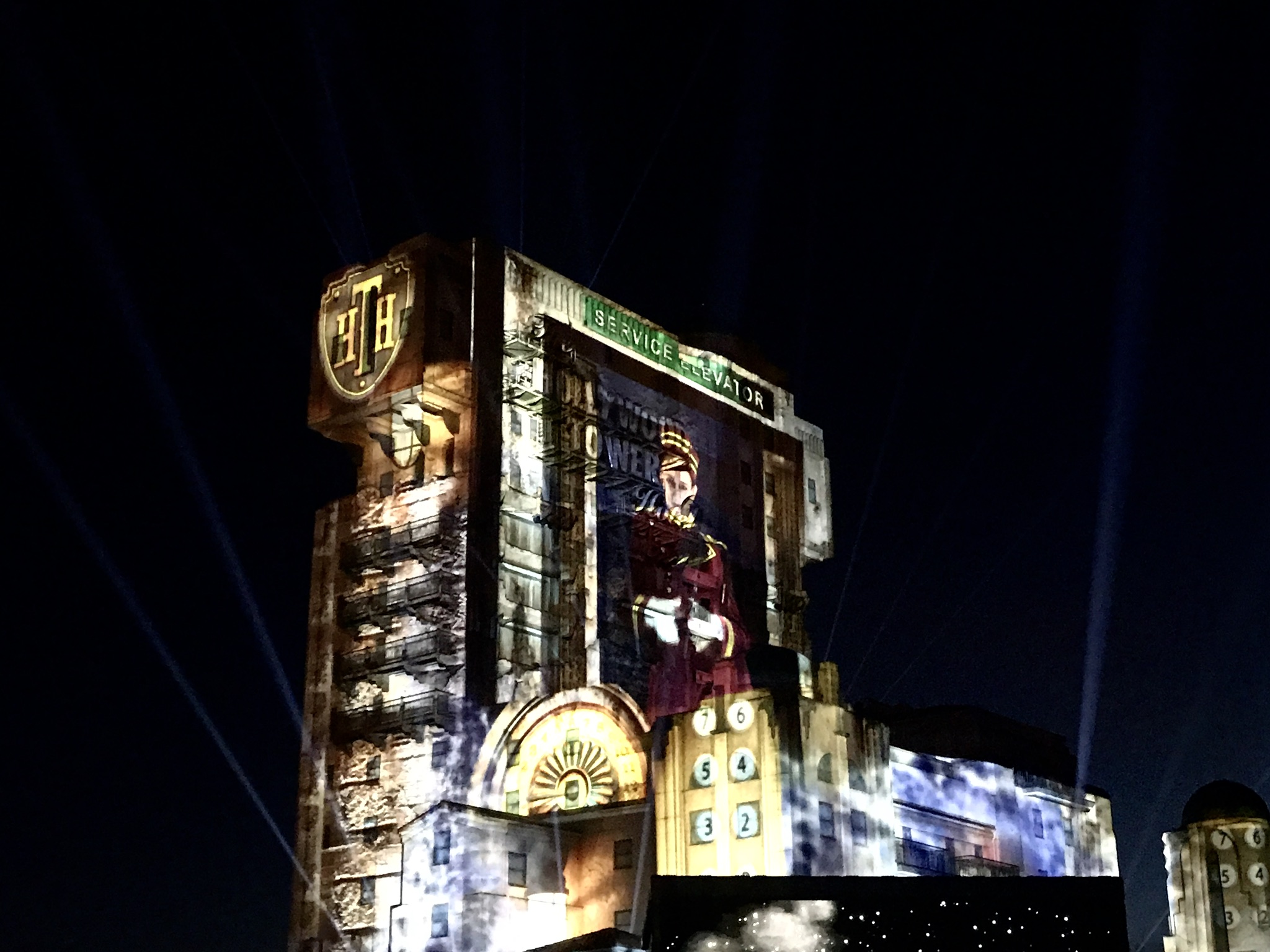 On Friday 30th March, we celebrated Disneyland Paris’s tenth Anniversary of the most popular attraction The Twilight Zone Tower Of Terror. Set in 1939, based off the hit TV series about a hotel located in Hollywood for the famous. One Halloween night changed the fate of this hotel for guests.

Disneyland Paris recently introduced hard ticket events for Annual Pass Holders. Starting off with the Infinity Pass, guests could ring up to book this special occasion using the Infinity phone line or buy tickets in the park. For €39 I think these are a great addition to being a regular visitor to the park, and I hope there will be more added for other attractions in the future like Pirates of The Caribbean or the reopening of Phantom Manor perhaps. The party started at 8:30 and the dress code was vintage which wasn’t normally my thing but, it was fun to step outside of my comfort zone and everyone made a great effort. I didn’t see one guest not dressed up. On arrival walking through Studio One, we got given a themed tote bag. Inside it included a Tower of Terror luggage tag and your Soirée invitation, which, was very fancy and nicely detailed. This also included the evenings programmes on – I must admit I had no clue what to expect from this until we got given the printed programme on the night. The first thing on the agenda was the special projection show on the Tower itself. After seeing a fair few projection shows like the Season of The Force, I knew this wouldn’t disappoint. Featuring actors who were dressed like it was 1930’s Hollywood, this show was really unique and interactive. They bought the cars over from Main Street which, added streetmosphere too. The show was very impressive featuring the story of the ride and the music was amazing. Afterwards the actors stuck around and gathered guests to ride the Tower Of Terror, there was no tricking me though. I love the idea of the ride and the theming but, I won’t ever go on this attraction sadly. The actors were brilliant, entertaining us all and in character to the era. You really felt like it was Hollywood and not Disneyland Paris. I decided to join everyone in the queue line as I have never been in. It was worth the wait for that special night, having people jump out at you with feather dusters and acting like their lost in the twilight zone.  I was in awe of the theming of the ride itself too. You feel like your actually in a hotel and I was very impressed. Maybe one day I’ll be brave enough to check in. It was then time to pick up our signature piece of merchandise for the event. This took place in the rides gift shop. We didn’t know what we were buying but we were intrigued to find out what. This was part of the evening where I felt it could have been organised slightly better than it was. There wasn’t really a queue and everyone just crammed in making it a bit unbearable for those who suffer with big crowds like me.

The item was advertised as one per AP holder and available for one night only. However, we learnt the next day that there were loads made and were on sale to the general public. This was a bit disappointing as we were told it would only be on sale for the party night. We could of enjoyed the party a bit more rather than queuing for merch. The piece of merchandise was a Tower Of Terror key which does make a nice keepsake. They finally decided you couldn’t enter from the ride exit and made a formal line which went out the door and was much quieter and easier to queue for.

There was also a few attractions open like Ratatouille, and a dance party for the evening. I do feel it was a bit empty for this which was a shame. I would also liked to of seen some special treats and drink stands throughout as we only had one restaurant open. Also some character meets like Bellhop Goofy would of been a nice touch. This was the first event of its kind and I’m sure there will be improvements made on the feedback we were given after. A great evening was had with friends and can’t wait to see what the future brings for Annual Pass nights.