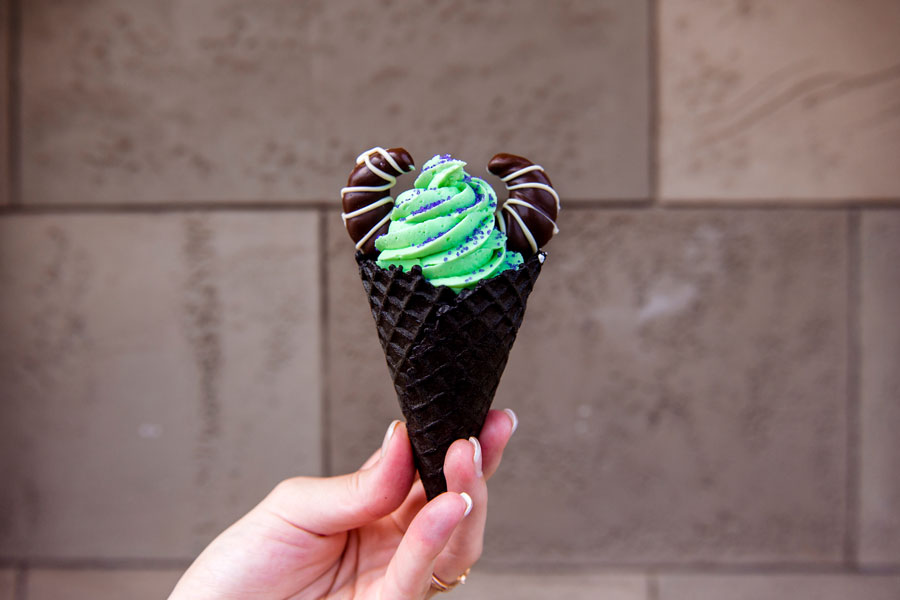 While there has been plenty of opportunity to visit Mickey’s Not-so-Scary Halloween Party since it was first introduced in 1995 (October 31st to be precise) if you have never been to the party before or its been a while, here are a few reasons to visit the party in 2018!

Okay, so while Disney aren’t doing loads different this year with the Hocus Pocus Villain spelltacular, you can’t really beat going to watch this show on the 25th anniversary year of Hocus Pocus.

The show is obviously a must watch for any Hocus Pocus fan but alongside this there are appearances from Disney Villains that include Oogie Boogie, Maleficent, The Evil Queen, Hades, Cruella De Vil, Jafar, Captain Hook and Dr. Facilier. Its not something we have seen Disney do well for quite some time but this year there are three attractions at the Magic Kingdom that have been given the Halloween treatment for Mickey’s Not-So-Scary Halloween Party.

Pirates of the Caribbean

Disney has added live actors into the mix on Pirates of the Caribbean meaning that during the course of the attraction you will not only encounter animatronic pirates but real life pirates who are there to enhance the story even more! This is my favourite of the attraction overlays for this year and I can’t wait to see what this does to an already fantastic attraction.

On party nights, Space Mountain has a brand new soundtrack and special effects the completely  transform the adventure into a new experience. This is one of the most popular attractions at Magic Kingdom so it is great to see this receive a spooky overlay for the party.

In a similar fashion to Space Mountain, special lighting and effects are being added to this attraction on party nights. This is an interesting one as its not normally an attraction I go on every year and it could be enough to entice me onto it during MNSSHP.

While it is great to see Disney making an effort to overlay attractions, I hope the trend continues into 2019, anyone for an even spookier Haunted Mansion next year?

An Incredible Selection of Snacks

So you could argue and say that there are a great selection of snacks available every year during Halloween season (and you’d be right in saying so), I would argue that the selection of snacks this year is the best yet. I wrote an extensive piece over on Theme Park Trader with the complete list available but highlights include the candy corn milkshake, Maleficent dessert and the Hades nachos! Trick-or-treating has been around at Mickey’s Not-So-Scary Halloween Party for years but honestly, it is just so much fun to walk around the park dressed up as your favourite character and grabbing candy from cast members who even in the middle of August will say ‘Happy Halloween’!

There are so many great spots to grab candy from throughout the park and the biggest piece of advice I can give you is to take an extra bag with you, the amount of times you can revisit a stop for more candy is unlimited!

There’s Still a Show with Wishes in the Name Happily Ever After is an incredible show, there is no denying that, but it is nice to still watch a show with Wishes in the name. For those of you new to the show, HalloWishes is a spooky take on the classic nighttime spectacular and features tracks from The Haunted Mansion, The Nightmare Before Christmas and a selection of tracks featuring Disney villains.

Throughout the party (up until around 11:30pm) there are a huge number of character meets in the park. This is the best chance you will get all year to meet Jack Skellington and Sally alongside characters that include Pirate Goofy, Moana and Cruella De Vil. So why am I including this in the list if you have always been able to meet characters at the party? Two words, Elvis Stitch!

In fact at this years party there are over 30 characters to meet!

These are just a few of my favourite reasons to visit the party this year, there are others I haven’t even mentioned that include Mickey’s Boo-To-You Halloween Parade, listening to the spooky soundtrack playing throughout the park and of course, dressing up as a Disney character for the entire evening!

Are there any other reasons you think 2018 is a great year to visit MNSSHP? Comment below with your thoughts!