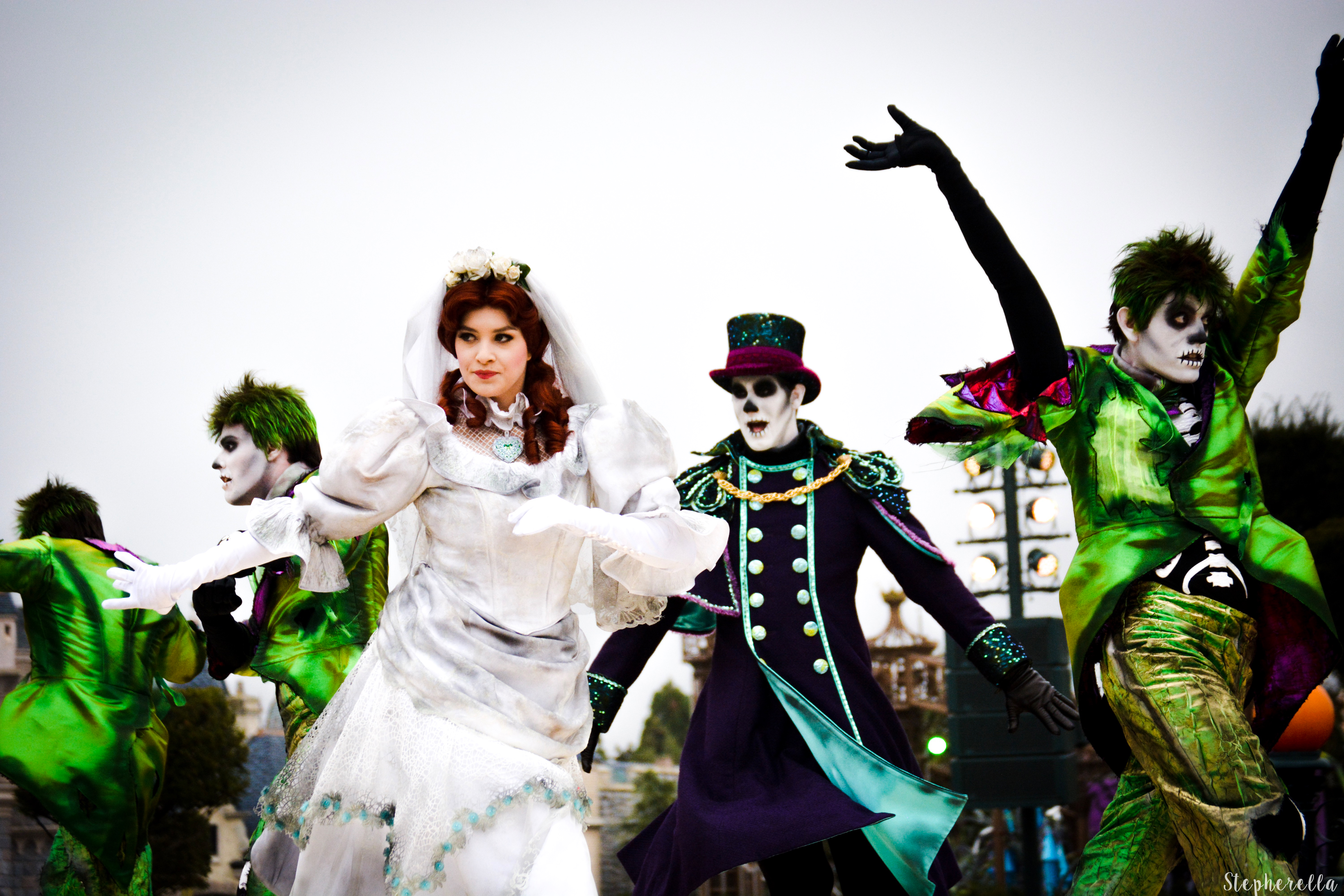 This year Halloween in Disneyland Paris has returned in its full glory and it’s the best one yet. If you have a trip booked, then you’re in for a treat this October especially when you see the brand new cavalcade float called Mickey’s Illusion Manor, featuring Melanie Ravenswood and her Groom with Mickey doing a trick. Not forgetting the decorations this year with the beautiful new garlands across Main Street and continuing into Frontierland with Coco being its theme.

Fans of the previous cavalcade do not need to worry as song favourite Vive la Vie returns once again. With previous floats and a few tweaks including new additions like Miss Bunny and Thumper have been added. It’s great to see this return and feel a little nostalgic after its yearly hiatus. If you’re familiar with the Pirates and Princesses showstoppers, then you’ll be right at home with this but, with an added twist on Central Plaza. Each time the performers switch things up and perform on different stages so, you’ll have to remember which one your favourite is at both times which can be a task.

Of course, it’s Mickey’s great big year this year celebrating his 90th Birthday. The new song by Scott Erickson is a fantastic piece for the occasion. It’ll be stuck in your head for weeks much like Pirates and Princesses. It fits the show stops perfectly and I do wish these would be available on a CD.

The newest float features Melanie and the Groom from Phantom Manor. It is a fantastic surprise for fans of the ride, as it is still undergoing refurbishment. The costumes are beautiful and are very detailed and fit the colour pallet of the attraction very well. A nice surprise in the audio was hearing the sound effects of Melanie’s cries which, is featured in the attraction. It gave me goosebumps when I heard them. The biggest shock was seeing her being joined by the Groom. It’s just an incredible new addition and Disneyland Paris has left us all in awe.

The one criticism, however, is the streamers that go off during the show. Whilst they wow the crowd, they’re not the brightest of ideas. They kept getting caught on the lights around Central Plaza and between the parade route which, made it slightly hazardous. We weren’t sure if they would take these away and if that was our one time shot of seeing the show with the streamers but, they kept them in.

Mickey’s illusion is incredible just make sure you don’t blink or you’ll miss his trick! After experiencing Mickey’s Not So Scary Halloween Party in Florida, I can say that this year Disneyland Paris is definitely on par with that and that’s something to be celebrated.