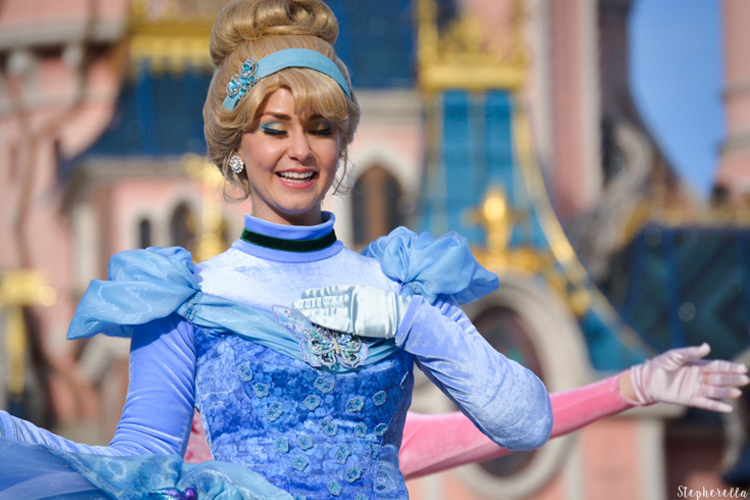 During FanDaze it was announced by Catherine Powell that the Festival of Pirates and Princesses will be returning in 2019. The audience reaction was fantastic as it had just ended two days before. I was very happy to hear it was coming back for another run as it is truly spectacular.

Last year, the festival ran during Spring which, worked perfectly as it was on until the end of May and during a heatwave. This time, however, things are a little different as it is running from January 18th until March 17th. The cold does change things slightly.

The costumes have been altered with winter wear and the show has lesser dancers. This time the stages are slightly different too. The classic Princesses are now on the bigger main stage on Central Plaza, whilst the more modern Princesses are on the second stage. Team Pirates, however, are all as they were before.

Another thing to note that’s different this year is that it is only on three times a day instead of four. Disappointing but understandable due to weather conditions. The show remains at Castle Stage before the show stops, and the Pirates and Princess floats are back once again. Not forgetting hosts Betty Rose and Jimmy Ocean who teach you how to dance and pick your side.

It is still lacking any sort of merchandise which, is a shame. I know that a lot of us fans would pick up themed merchandise to support our team in seconds. It was a nice surprise, however, to find themed cocktails in the Newport Bay bar! (They are available in the other hotel bars onsite too!). I tried the L’or des Caraibes, which was a lovely rum and pineapple flavoured drink, with a cute little palm tree for Team Pirates! There was also a Hot Chocolate version available too. I hope these are around for the Annual Pass party in March, they would make a fantastic touch! There are also some themed snacks again for this year too. One last change for 2019 is Ariel. Last year, she was on the Stars n Cars float in her Mermaid tail whereas this year, she joins the other Princess on Central Plaza and Castle Stage in a dress! This dress was debuted at the Press Event in Paris last January but, hadn’t been seen since until now. I got quite excited when I saw her arriving in her dress. It is fantastic seeing her more involved this time around and she definitely found her feet!

I am very glad this season is back once again and I am looking forward to what’s in store on the Annual Pass night!