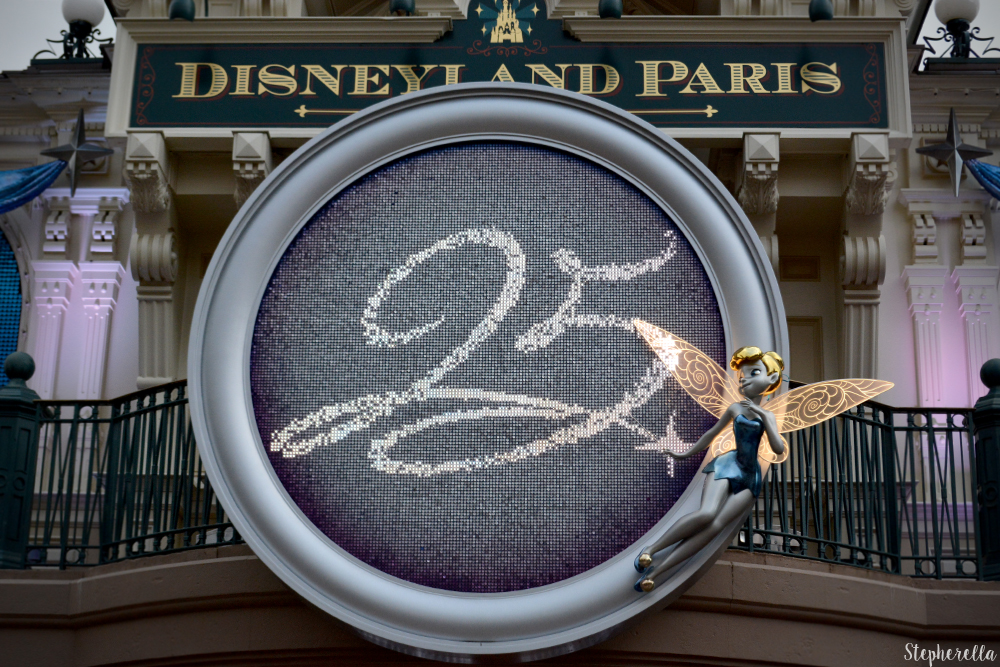 Inspired by my friend Katie’s Vlog series of her trying new things in Walt Disney World, I thought I would write down 7 new things I did on my last trip to Disneyland Paris. Being an Annual Pass Holder and going so regularly, it’s nice to keep finding new things to do each time and finding things that make me want to go back.

A new one for me were The Tweedles. Joined by The Queen of Hearts, this trio was hilarious to meet. I also managed to get some of it on camera and I will be editing it together for a video. I’ve met them separately before but, not together. We hunted for them high and low in the Disneyland Hotel where characters meet daily just before lunch time. They can be in random places around the hotel. We found them at the top of the staircase in the hallway and they were the best meet ever. 2. Season of The Force

My second time being here for this Season but, my first time watching the show on Tower Of Terror. I was blown away by it and I’m not a huge Star Wars fan so that is a great sign of how good this new show is, it’s made for everyone’s enjoyment. Revamped from last year with new scenes, make sure you look around you as it is quite immersive. I would of liked the characters to be out more at the end, and feel they could have more meet and greets rather than just Darth Vader. Find out all the details of this Season here. The Star Wars props in Studio 1 are incredible. They have been added for this year and add something different to the Studios. They are also dotted around outside too. I stayed in a completely new hotel for me, Hotel New York and I fell in love with it. I will be sad to see the theming change to Marvel. Read my full review here. King Ludwig’s Restaurant is situated in the Disney Village.You can’t use Annual Pass discount in here but, you don’t need to as it’s quite reasonable in price. A very cosy setting not too far into the Village, and a great choice on the menu. A Bavarian cuisine such as Flammekueche but also, serving Pizza and Chicken Burgers. This place has something for everyone to enjoy.

I never have time for breakfast at Disneyland Paris as I’m always in a rush to get to the parks. The Old Mill is now a new favourite of mine, to grab a quick snack whilst waiting to Meet Mickey or checking out who’s in the Pavilion for the day. I tried their Sugar Waffles and they were delicious. I wish they would change the look of them to Mickey Waffles though. Pirates of The Caribbean

Over my last few trips, I have built up the courage to go on Pirates of The Caribbean again and, it was the best thing ever. I love the new updates with Barbossa and Jack Sparrow. Last month, I braved the front row (I didn’t like this seat before) which, gives you a much better view of the Davy Jones effect and, a better experience of the ride. By sitting front row it made me love this attraction even more. I have recently put up a post about attending one which you can read here. I am so pleased I gave it ago as I never would normally think about attending one on a trip. I am eager to go to more as they are something fun and a bit different to your average evening at Disneyland Paris. Me and my friend Katie got lucky with our hotel room. We could see the Castle from the window and, on one of the nights decided to stay in as it was absolutely freezing. We got lucky and could hear and see Illuminations from our room. It was a nice surprise and something I’ll remember for a long time.